The Amazing Weather of Bangalore 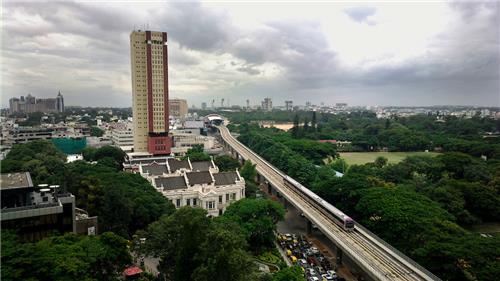 Bangalore’s weather is a talking point as it has been ranked among the top 8 cities of the world for innovation and ideal for living.
Located at midway of the Indian peninsula at an altitude of 914 meters above sea level, Bangalore’s uniform weather throughout the year makes it perfect for residing and business and hence it is dubbed as the IT hub or Silicon Valley of India.
Moreover, the green cover in the city makes up the scenic and serene landscape - great panoramic shots for its residents and tourists! With a salubrious climate persistent year around, residents of Bangalore don’t have to worry about making a dash for cooler places like Himachal during summers.

Bangalore remains cool during summer and winter with occasional rain and thundershowers never letting the temperature soar to scorching heights and this account for business ventures, outsourcing giants, swanky Malls and MNCs seeking haven in the city.
Several marathons with no hotshot contributors are organized in Bangalore from February to August pulling in huge enthusiasts and fitness freaks running for miles but never feeling exhausted, all thanks to the wonderful climate.
The awesome weather accelerates a person’s physical fitness and enthusiasm and thus Bangalore excels in innovative techniques and in field of R&D. With a cosmopolitan outlook, Bangalore is crowned as the most livable cities in India.
It is never humid in Bangalore, a problem most metro cities in India suffer from. So residents of Bangalore doesn’t have to suffer from sticky, humid heat wave conditions prevailing in summer months although at times the temperature soars up to 36oC.
However since Bangalore gets rainfall throughout the year and mostly during July- October, residents might have to roam around the city with an umbrella to avoid sporadic spells of shower.

Explore more about Geography of Bangalore