Put together by a survey by Skytrax in 2011, this Airport is ascribed as ‘India’s Best Airport’ being a host to 21 international airlines and 10 domestic ones.
According to the financial survey for the year 2011 and 2012 -in terms of the overall passenger traffic- Bangalore International Airport is titled as fifth busiest internationally and the fourth busiest airport in the country. 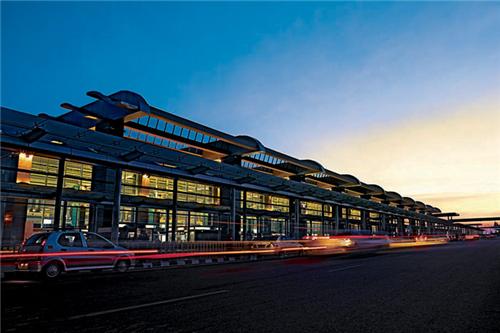 Initially, this Airport started as a joint venture between Airports Authority of India, Germany’s Siemens Project Ventures (GmbH) and the Government of Karnataka. After years of planning, the construction began in 2005. Although the airport was to accommodate 3.5 million passengers yearly but after redesigning the whole structure and increasing size, it emerged as a hotspot that served 12 million passenger counts per year.

Finally, on 24th May in the year 2008, the Airport was inaugurated. Minutes later, a Jet Airways flight landed on these grounds from Mumbai and another Indian flight to Singapore took off from the airport.

Presently, there is only one runway of the airport. However, there are plans for a new one as well because of the increasing passenger & flight counts.

An exclusive terminal for Haji pilgrims is constructed inside the Bangalore International Airport that is capable of handling 600 passengers at once.

Domestic, International and VIP departure lounges are also present inside this airport. Cargo Airlines like the FedEx Express, Deccan 360, Sri-Lankan Cargo, DHL Aviation are also a part of the airport traffic.

The departures and the arrivals are parted with a vertical flow-system to avoid any complications and confusions. Level Two of the airport has major retail outlets on it. Passenger terminal is a four-level, fully air-conditioned building.
With 36 gates, there are 24 self-check-in counters, along with 90 CUTE (Common Use Terminal Equipment) check-in counters in and around the airport.

For cost-effectiveness and easy to access travel options, go for a cab in Bangalore.

BMTC or Bangalore Metropolitan Transport Corporation provides with an airport shuttle facility ‘VayuVajra’ on 11 routes of Bangalore. A schedule of BMTC with routes and timings is displayed at the Arrival Hall of the airport.

Direct,Non Stop bus services called Flybus have recently been launched in the state. These Hi-Class Volvo buses are restricted from Bangalore International Airport to Mysore and Vice-Versa.

A high-speed rail link project has been proposed by the Karnataka Government, which will connect the airport to the center of the city. Within 25 minutes in total and four main stations, (one of which will be having a facility of baggage and check-in) this will change the view of the cosmopolitan Bangalore.

Pay and Park facility for about 2000 vehicles is available 100-200 meters away from the (passenger) terminal building. These can be P3, short term or long term. Either you can opt for the RFID Cards to avoid interventions and rapid exits or you can pay cash while leaving the parking zone.

The time given to stop the cab at the outer curb is a minute and a half (90 Seconds). You can wait at the designated parking spots of the arrivals.