Bangalore to Hampi by Road

If you are planning a quick trip to see the famous ruins,of the Hampi civilization of the "Vijayanagara Kingdom",then the best route to take from Bangalore would be the Chitradurg – Hospet road of National highway 13. 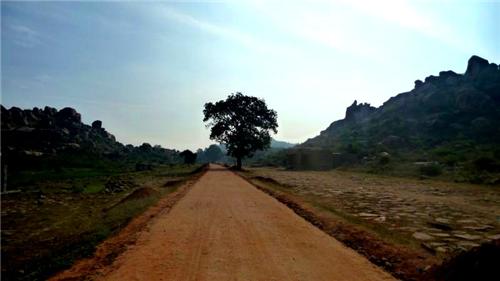 There are good hotels at Hospet and Hotel Malligi, a 3 star hotel is good to stay and have a break for the night stay. At Hospet, one can see the "Tungabadra dam". Bangalore to Hampi is a journey of  372 kilometers and takes 7 to 8 hours of travel,depending upon the road conditions and stops one takes to get to Hampi.

Rangappa Nayaka, a Chief of Ratnagiri. The Ratnagiri fort is named after him. The "Sira fort", is made of stone with a moat all around the fort. This province was ruled by the Bijapur kings from 1638 to 1687.  Later on it passed into the hands of the Mughals,so one can see a lot of Islamic effect on this place.

The "Juma Masjid" and the tomb of "Mallick Rehan", are also situated here and one can appreciate these monuments which were built in the "Mughal style of architecture". Enroute to Hampi, one comes across the town of Chitradurg, where one can catch up with some sightseeing spots.
Chitradurga,gets its name from a hill named Chitrakaldurga", which is a umbrella shaped high hill. Chitradurg, has bold rock formations and scenic valleys.

Chitradurga,has got a famous fort and this fort has 29 gateways, 38 entrances, a palace, granaries water tanks, a mosque and four secret entrances. This fort has two thousand watch towers to monitor the movements of the enemies.

One can see the edicts of Emperor Ashoka at "Ashoka Siddapura", and for those who are of a religious bent of mind, one may visit the "Dasaratha Rameshwara temple"and the "Adumalleshwar temple", which are noted at Chitradurg.

The "Ankali Mutt",is famous for its underground caves and one cave which stands out is the "Panchalinga cave". At Serigere, Chitradurg, the "Veershaiva Mutt of Tarlabalu Jagadguru",is popular with the devotees and this village is famous for its silk weaves.