Bangalore To Mangalore By Road 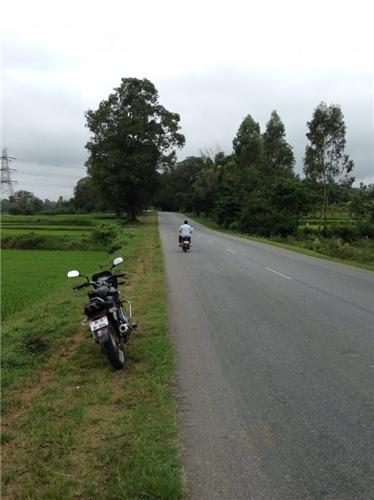 The route is as follows – Neelamangla – Kunigal – Hassan – Sakleshpura – Uppinaangadi and BC road. The road from Neelamangla to Kunigal, is a four lane highway, so one can maintain a good speed during this stretch.
After Kunigal one has to traverse on two lanes. After Hassan till Shakleshwar, there are curvy Ghat roads.

The whole route is covered with coconut groves, arecanut plantations, coffee estates, dense forests of the Western range of the Ghats and vast paddy fields.

Enroute to Hassan one comes across the Shark hotel which serves good tiffins.

There are good tourist spots in Hassan and Sakleshpur, enroute to Mangalore.

At Hassan,one can visit the "District Museum of Hassan",which was established in 1977 and houses a collection of antiques, paintings, sculptures, inscriptions, weapons and coins. The "Hassan-amba temple",is another tourist spot. This temple is 800 years old and is dedicated to "Goddess Shakti or Maha Amba".

Gorur, another scenic spot is located 22 kilometers from Hassan and has a dam built across the river Hemavathi. The Hemavathi Reservior is a great picnic spot. The "Veernaryan Temple",built in 1104 AD is highly venerated by pilgrims and this temple is dedicated to Shri Veernaryana, an incarnation of Lord Vishnu.

At Hassan,there are some fine hotels and restaurants ranging from the costly to budget hotels. Some of the noted hotels at Hassan are Sri Krishna Hotel, Abiruchi Lodge, Swarna Regency and Hoysala Village Resort.

At Sakleshpura,one can visit the famed "Reserve Forest of Bisle Ghat"and the "Manzarabad Tipu Fort". This is a quiet town with no TV and cell towers to disturb you.  Bisle is a small village in Sakleshwar. It adjoins the Bisle forest reserve, a spectacular rain forest.

Around 5 kilometers from Bisle,there is a good view point called- “The Bisle view point”, from where one can see the mountain ranges of three districts namely Kumara Parvatha of Dakshina Kannada district, Pushpa Giri and Dodda Betta of Coorg district and Patta Betta and Enni Kallu of Hassan district. The Bisle forest,is home to king cobras, sambar deer, peacocks and many varieties of flora and fauna.

The "Manjarabad fort",was constructed by Tipu Sultan, the ruler of Mysore as a strategic defensive fortress. It commands the approach to the plateau beyond Sakleshwar.