Bangalore to Mysore by Road 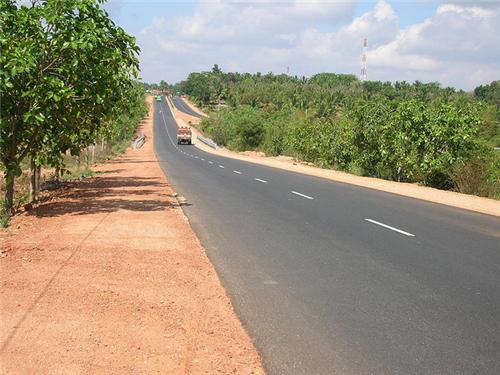 The road to Mysore
Mysore is a short run from Bangalore, and a great weekend getaway. It is just a 3 hour journey, even if you take a break, at one of the many restaurants on the way. But the Bangalore traffic may slow down your pace, till the city’s outskirts.

The Mysore state highway 17, is a 4 lane expressway, and it is a great driving pleasure.  After Kengeri one has to watch out for the speed breakers. The route to Mysore is as follows – Bangalore – Ramnagara  - Maddur – Mandya – Srirangapatnam – Mysore.

On the way to Mysore, you get Srirangapatnam, where one can see the remains of a fort, Rangaswamy temple, Ruins of Tippu’s Palace, Tippu’s Summer palace and Nimishamba Temple.

Srirangapatnam, is situated at the western end of an oval shaped island, formed by the two branches of the Cavery river. It is the island fortress of Tipu Sultan, “the Tiger of Mysore”, who bravely withstood the attacks of the British might.


Hotels and Restaurants at Srirangapatnam

Amblee Holiday resort, is a good place to stay and kids enjoy the small park laid out in the hotel premises. Mayur River View hotel and Amravathi hotels are also  good places to stay and unwind oneself.\
There are no noteworthy restaurants at Srirangapatnam. The restaurants at Amblee Holiday resort and Fun Fort serve visitors with delicious meals.
Ramnagaram has huge boulder hills and the famous Bolly- wood movie, Sholay was shot here in these locales. It is also a popular spot for rock climbing. On the road, you pass through Channapatina which is famous for its wooden toys.

At Channapatina, one can stop at Mc Donald’s or the Caf? Coffee day restaurants. Even Maddur has good places to eat, specially Maddur Tiffins are a famous stopover. At Maddur there are two famous temples to visit. One is Sri Varadaraja Swamy temple,which is dedicated to Lord Varadaraja, who is another avatar of Lord Vishnu.
This temple has beautiful paintings on the walls and on the pillars of the temple and has got intricate carvings. This temple is built in the imposing Chola school of architecture.
The other famous temple is of Ugra Narshima Swamy , built in the Hoyasala style. This temple has idols of Sri Ugra Narshima, Sri Rama, Sita, Lakshman and Hanuman.