Bangalore is one of the most happening cities in India. Scores of people from other reside at this multi-cultural metropolitan city for educational or professional purposes. Like many other metro cities, Bangalore also justifies its metropolitan culture and is well-equipped with almost a mini-Indian distribution. On the other hand, the North Indian cuisine is globally accepted, liked and flattered as the most sought after Indian cuisine along with its Deccan counterparts Idli, Dosa and Sambar!

Bangalore, located at the south Indian belt does have its weakness towards the south Indian cuisine but this does mean that those who crave for the luscious butter chicken or smoking hot Tandoori Murgh or the creamy Paneer Lababdar would be starving here! Several good restaurants, food joints and even some good Dhabas are there in Bangalore those offer ranges of scrumptious north Indian foods at humble prices. Here is a detailed list of top places in Bangalore to enjoy the North Indian Foods.

The Sultans of Spice at Koramangala is probably the most favourite restaurant of Bangalorians when it comes to north Indian cuisine. A place with a grand north Indian, precisely Punjabi decor serves some of the finest north Indian and Mughlai dishes in the town. The wide spread buffets (both veg and non veg are available with options of unlimited liquors and cocktails) of Sultan of Spice are something to remember for a long. The main food attractions of Sultan are the Whole Lamb Legs, Punjabi Murgh Tikka Masala, Tandoori Machchhi, Kulche, Butter Chicken, dense Lassi, Halwa and Gulab Jamun which instantly take you to either Delhi or Lucknow. 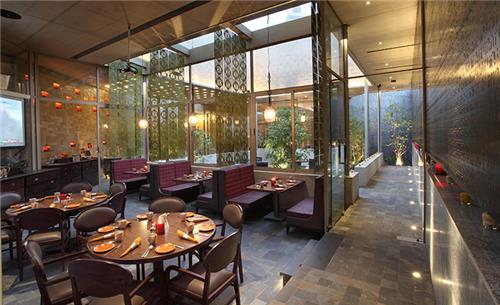 An authentic Punjabi and north Indian cuisine specialist, Punjabi by Nature truly justifies its name. A completely Punjabi cuisine specialist which is also a microbrewery, Punjabi by Nature has almost everything that belongs to Punjab! An ambience which would remind you of a plush Delhi eating place, the freshly brewed beer and the mouth watering Punjabi and north Indian foods are the chief USPs of this popular family restaurant. 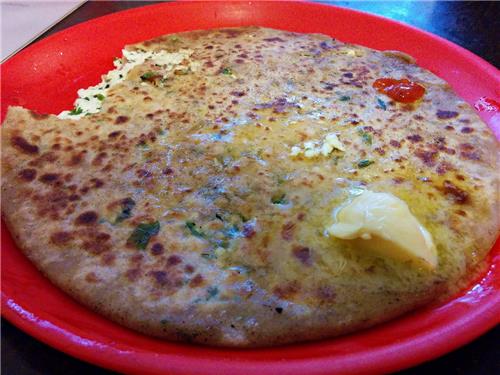 If Punjabi by Nature gives you the posh restaurant impression, here’s the Kapoor’s Cafe for all those who are in real search for the authentic home-cooked north Indian platters at a very humble price. The north Indians staying in Bangalore just swear by the taste of dishes served here at the cafe. The staple north Indian Daal Makhani, Paneer Lababdar, Paneer Degchi Delhiwale, Sarso da Saag, chilled Lassi served in Maktas   - all these are going to be taking you to a north Indian hallucination.

But the best part of Kapoor’s Cafe is surely their range of delicious Parathas of really unmatched quality. The most demanded ones are Aloo Paratha, Paneer Paatha, Gobhi Paratha and Cheese Paratha. Kapoor’s has really brought the entire north India on their serving plates! 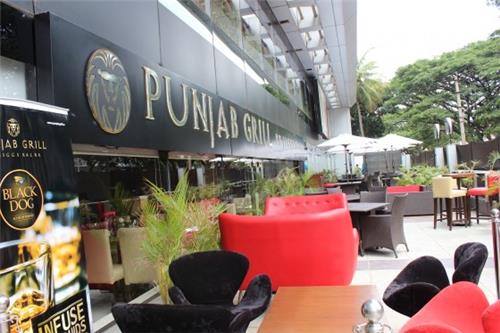 Another north Indian cuisine speciality restaurant that has taken Bangalore city by storm is Punjab Grill. This fine dining restaurant serves some of the most delectable north Indian and Punjabi delicacies. An aristocratic yet laid-back ambience both inside and outside the restaurant would make your visit a really satisfactory experience. And the lip smacking foods such as the variety of Kebabs, Murg Malai Tikka, Ajwani Fish Tikka, Paneer Tikka Lababdar, Malai Kofta, Pindi Chana, Butter Chicken, Saag Ghosht and some other jewels are worth binging on! 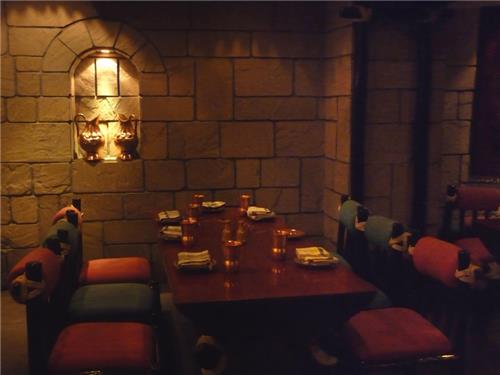 If North Indian food means nothing but the Biryani, this is the place for you! Samarkand located at the Infantry Road serves undoubtedly the best north Indian, precisely the Lucknow flavoured Biryani in the town. The Garden City of India, Bangalore has been having the great taste of India’s North-Western frontier cuisine since quite long at the finely decorated Samarkand since quite long now.

Apart from their traditionally made over-the-top Dum Biryanis, Samarkand also serves Shikari Tangri, Makai Sheek Kebab, Til Murgh Tikka, tandoori roti, Butter Naan and many other north Indian specialities. Their iran-e-gulbadan and angoori nasha are must-try cocktails. Among the desserts the most sought after one is the Khubani ka meetha. 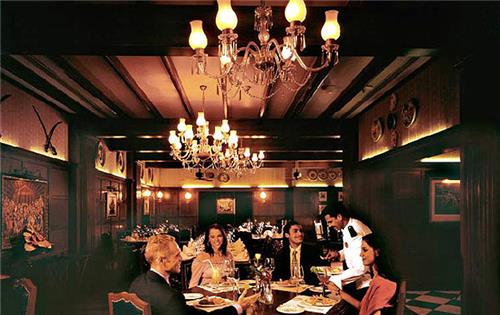 The Dum Pukht Jolly Nobobs is the north Indian cuisine wing of the famous ITC Windsor, Bangalore and is also one of the best restaurants in this category. The five-star fine dining Dun Pukht Jolly Nabobs has an exquisite ambience and serves the utterly traditional dum pukht platters combined with some fusion foods and drinks. The grand range of kebabs at Dum Pukht would make you drool for more. In main course, Dal Makhni, Shahi Paneer, Gosht Kundan Qaliya, Koofthay Mahee etc. would blow your mind with their tastes and authenticity. The place belongs to five-star luxury treatment; hence the prices are overrated, literally! 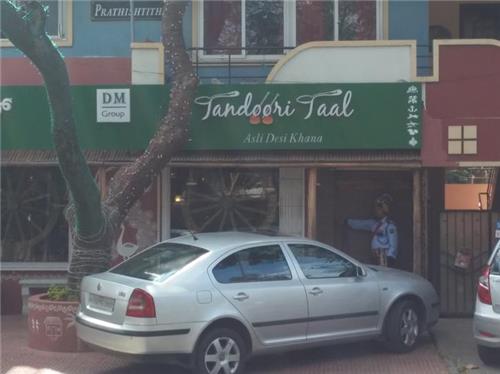 A small restaurant with a beautifully decorated quaint interior, Tanoori Taal would be a great experience for those who love authentic north Indian cuisine without leaving a dent in their pockets. Tandoori Taal is also an ideal food joint for those who love dhaba styled spicy food. The chilled butter milk and sweet lassi, Peshawari Paneer Tikka, Murgh Ka Soola, Paneer Tikka Masala, Daal Makhni, Dum Methi Murgh with Kulchas aur Butter Naan and many other dishes would be a perfect way for you to either discover the north Indian food flavours or simply cherish your love for north Indian foods. 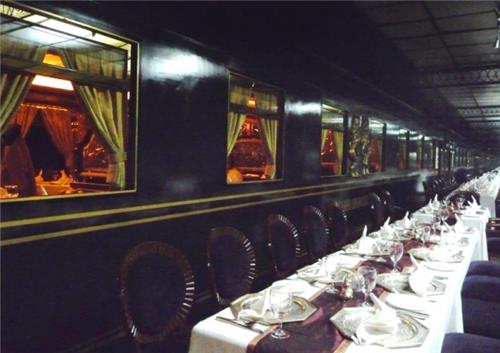 When you enter Sahib Sindh Sultan at Koramangala, you enter into a world of colonial legacy that the British left behind them! Sahib Sindh Sultan is a fine dining restaurant of the famous BJN group flagship that is set up with a colonial meal-on-wheel theme. Just like the Samarkand (another restaurant of this group), Sahib Sindh Sultan also has its niche in the frontier cuisine. The Lady Canning’s Reshmi Paneer Tikka, Bogga Sahib Ka Chicken Tikka, Jhinga Jalandhari, Railway Mutton Curry, Dak Bunglow Murghi Roast or Lychee Ki Tehari- these foods would create a deza vu of the golden days of Delhi-Durbar in your mind! 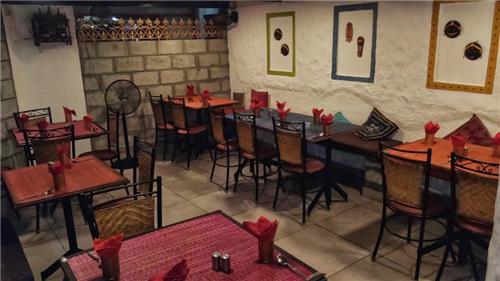 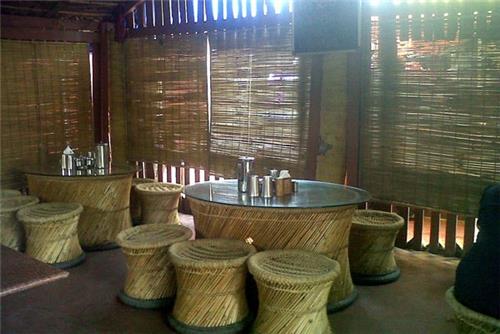 Chulha Chauki Da Dhaba would remind you of those highway journeys and those stopovers at some of the memorable dhabas along the way and some unforgettable delectable Punjabi foods. A typically Dhaba styled restaurant with almost all its elements like hot and uneasy seating arrangements but delicious food, Chulha Chauka Da Dhaba at JP Nagar truly justifies its name! This moderately prices restaurant serves some of the best Paneer and Chicken Tikkas in the town. Some other popular dishes of Chulha Chauki are Kalmi and Reshmi Chicken Kabab, Egg Punjabi Masala, Chicken Sagwala, Highway styled Dal Tadka, Malai Kofta, Methi Malai Paneer, Aloo Paratha, Gobhi Paratha topped with Desi Ghee etc.

This restaurant clearly rationalises the North India’s (basically Punjab's) fondness for good food and beer. The Kebab Room at Indira Nagar would definitely give your Kebab-craving a satisfactory answer. The calm and sophisticated inner ambience and courteous stuffs would make the food expedition even more tasteful.

They have a wide spread buffet for both vegetarian and non-vegetarian eaters. Among many other north Indian delicacies like Palak Paneer, Dal Makhni, Hara Bhara Kebab and Murg Korma, Dum Biryani etc. what stand out are the veg and Chicken Galoti Kebab, Paneer Peshawai Tikka and Murg Malai Tikka. And the house brewed Beer would definitely make your gastronomic extravaganza a bit more special!

The Punjab Rasoi is a decent place to try out some authentic north Indian and Punjabi dishes at a humble price. The rustic yet charming ambience would make you feel good and the foods would do the same.  The wholesome creamy lassi is the first must-try dish at the Rasoi. Then the foodies must taste the Achari Paneer, Sason Da Saag, Veg Tikka Masala and Shahi Paneer. For the non-vegetarians, the Kalmi Kebab, Chicken Malai Tikka, Butter Chicken, Chicken Do-Pyaaza, Chicken Punjabi, Chicken Bartha and Mutton Rogan Josh would make you drool for more. 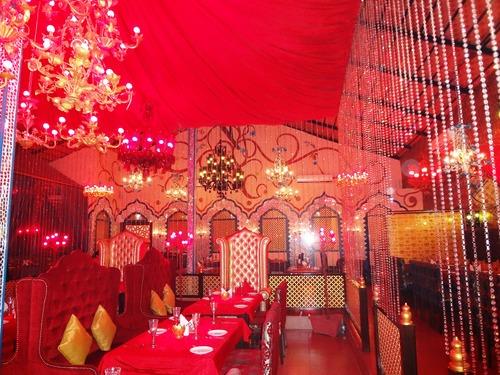 Ji Hazoor is one of the most happening eating places in Bangalore that serves both good north Indian foods and great sparkling ambience especially aimed for the young crowd. An amazing royal decor with eye-striking colours and some delectable and wide spread buffet menus- Ji Hazoor has them all. 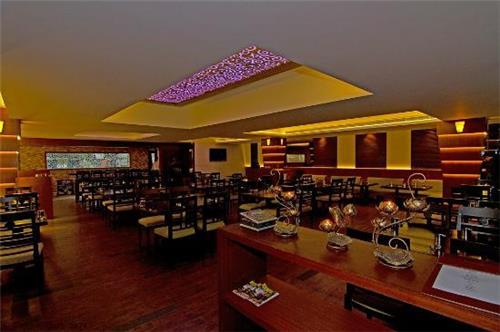 If food means to you a wholesome comfort, then the Great Indian Thali is the ideal place for you! This restaurant is very popular for its elaborate vegetarian thali buffet. Be it the Pindi Choley or the Dum Aloo, or the Dal Makhani or Kadhai Paneer with butter nun or those scrumptious Gajar Ka Halwa or Gulab Jamun-you can taste pieces of north India in every dish they serve on your table.