The hustle and bustle of Bangalore – the Information Technology capital of the country – seems like a far cry when one manages to get close to the magnanimity of nature that lies unearthed in the outskirts of the city.
The suburban areas on the outskirts of Bangalore may not be able to boast of skyscrapers and shopping malls, but we do find a number of exotic tourist destinations over here. 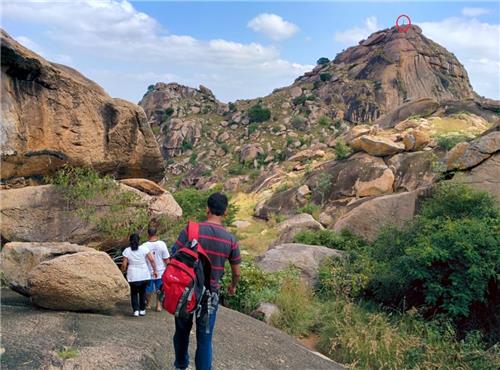 This is one of the most popular destinations around Bangalore (approximately 125 kilometres from the city) for budding trekkers, who can often be seen making their way up the slope at various times of the year.
A pall of eerie beauty is said to descend upon Kunti Betta once the sun sets; and the nighttime is believed to be the best time to visit this place.
Trekking is often undertaken in large groups and this makes this place the ideal destination for those who like to share their fun and excitement with others

Want to experience the thrill of trekking and also bask in the beauty of lush greenery? You need to go no further than the Nandi Hills, which are situated not more than 60 klilometres from Bangalore.
Yet another paradise for trekking lovers, the peak presents an unfathomably beautiful 360 degree view of surroundings.
The trekking route too is filled with tall trees and lush green vegetation, which makes the journey up the hill all the more enjoyable. Trekking on the Nandi Hills is a group activity, and you are not likely to find any loners out here!

Here your nostrils are likely to be strongly invaded by rich aroma of coffee, which can be seen flourishing in the cultivated fields. That’s so because Chikmagalur is one of the most famous coffee producing regions of the country. Read More

This is one of the most sought after hill stations situated in the vicinity of Bangalore and is frequented by tourists from all parts of the world. I
t is one of the tourism hotspots in the state of Karnataka, being situated in the Eastern Ghats region, primarily because of its mesmerizing scenic beauty.
A number of nearby tourist destinations Pagoda Point, Killiyur Falls and the Yercaud Lake have enhanced the beauty, diversity and tourism potential of Yercaud by leaps and bounds.

A visit to the Taj Kuteeram Resort in Hesaraghatta ought to be among the topmost priorities of a tourist who is interested in spending some quality time with the grandeur of Indian art and culture.
The rich diversity engendered by Indian arts has been brought into bold relief in this resort. Just an hour’s drive away from Bangalore.
Manchinbelle

The surroundings of Lake Machinbelle, which makes its way through the forests of Savandurga, provide adventure lovers an exotic variety of sports and games and scenic beauty!
From canoeing to trekking to forest camping to kayaking – you are likely to find all of them, and much more, if you can manage to visit this place. 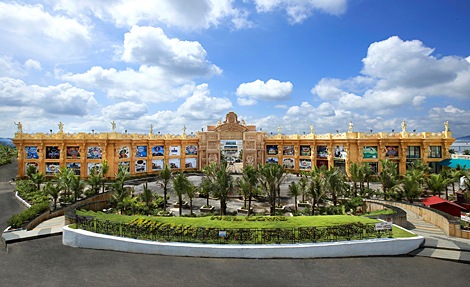