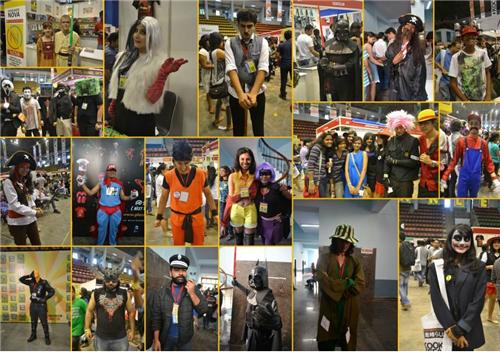 Given a chance to recall one of the most memorable reading indulgences during one’s childhood, most of the people will certainly have comics at the top of their bucket list. Those were the days before the year 2000, when there was no onslaught of satellite channels playing their plethora of cartoon channels. Neither was there easy availability of CDs, DVDs or video cassettes for personal viewing of cartoons. The favorite pastime of children was either playing in the open or reading story books at home. That was the time, when almost all of us delved into all the comics that we could lay our hands on. From the affordable homegrown brands like Tinkle, Indrajal Comics and Diamond Comics, to the more expensive foreign franchises of Marvel Comics, DC, Archies, Asterix and Tintin glossies.

The so called Generation-X of India, in their age group of 30s to 40s during 2014 could not get over this hangover of comics. And why blame them for still maintaining the psyche of the child inside them. The adventurous characters of the comics made the people know about the world and bask in the limelight of wild imagination it presented.

Behold, the modern India which is gradually picking up on the fad of the Comic Con or the Comic Convention. This started in the west and was gradually picked and promoted by a group of young people based in Delhi. Soon enough it caught the attention of the folks in Bangalore and now this has become a yearly affair, hardly missed for the world by aficionados. The event is called Bangalore Comic Con or BCC in short. This is a two or three day event that is marked by the presence of celebrities, famous cartoonists and illustrators, has stalls of various comics, memorabilia stores and fun events. The event is conveniently organized on the weekends for the convenience of the participants and guests.

While book and merchandise launches are eagerly waited part of the event, but the biggest eye catchers are the people who throng the place dresses as their favorite comic characters and super heroes. This event is called the Cosplay or Costume-Play. It is eyesight to savor, to watch both professionals and amateur give life to the comic characters. The participants are supposed to register their characters with the event organizers to stand a chance to win. Since arms and ammunition are standard add-on with most of the comic characters, there is a very stringent and strong policy of their control to avoid any mishap during the event. All props should compulsorily made up of foam or non-rigid materials. Use of animals as props are prohibited, even in your Cosplay character needs the same. The entire event looks like the set of comic books where you get a chance to be a part of your favorite comics.

As the Comic Con is gaining its popularity in India, many corporate organizations are getting drawn into it. Sponsorships are making the event more organized and giving an unparallel platform to comics and popular culture.

So, next time you are visiting Bangalore, make sure to check the dates of the Comic Con event. The tickets to the even are available online and the link of the same can be accessed from the Comic Con website. The entry criteria stipulates a full ticket above the are of 3 years, all children under the age of 13 must be accompanied by and adult, while teenagers from 13 to 18 should preferably attend with an adult.