Bangalore is endowed with wide diversity of the available cuisine which reflects the different economic and social varieties spread across the city.  For anyone who's new to the city, there are endless eating joints, large and small, fancy and simple; one can just gaze around and he/she will have the idea on what to have and what not to. The road side vendors selling South Indian delicacies, the yummy masala tea stalls and some North Indian surprises, there's something for everybody in Bangalore.

For international cuisines like Chinese, Mughlai and western dishes, the city has specific restaurants and eating joints. Even the Chinese and Thai flavors are prepared keeping in mind the taste of the Indian people. Bangalore, due to its foodie charm can be referred as the Foodie’s paradise, where one can find varieties of cuisines, which also adds to Bangalore’s uniqueness and its different flavors of tradition.


Bangalore is considered as the paradise of the connoisseur where they are influenced with the local cuisines which are taken from different regions like Hyderabad, Tamil Nadu, Kerala and Mangalore. All these dishes give a major emphasis on the Rice, Rasam and the Sambhar. 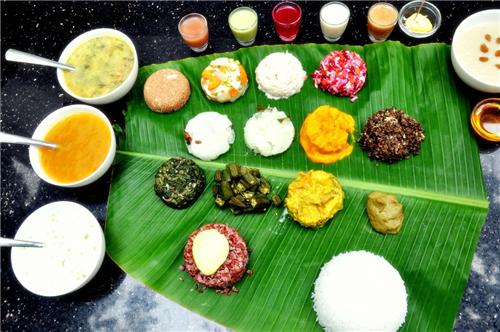 Bangalore is also mentioned as the Global food capital, so people can find different varieties of the International cuisine, ranging from pizza to sushi. But the best and the wonderful memory would be to get engrossed with their local and delicious cuisine which is well known for their taste and varieties. They ensure that their cuisine covers all the age groups and have something or other which could interest all the individuals to some extent.
Some of the famous and well known restaurants which needs the mention over here are- MTR (Mavalli Tiffin Room), Udupi Krishna Bhavan, Vidyarthi Bhavan, Ramakrishna Lunch Home, Janathan Hotel, Restaurants at the Janardhana Hotels, Central Tiffin Room, Chalukya Hotel and many more.

Some of the renowned foods in Bangalore are- “Set Dosa”- which has around 3 medium sized dosa in it, “Benne Masalae”- which is the thick rice with the pancake which is prepared with the butter. Apart from the above, other favorites of the local people are- Rava idili, pongal, Bisi bele Bath and the spicy Uppittu which is served with the Khara Bhath in major restaurants.
The Bangalore blend can't be unnoticed in the Mughlai cuisine as well. Those of you who are fond of the Mughlai delicacies can enjoy it with an added twist of the Bangalorean flavour. Some of the best places to enjoy Mughlai dishes are Frazer town. which witnesses the rush for its unique and exemplary collection of around 5 to 6 Mughlai restaurants all in the row.

Along with the Mughlai takeaways there are some Chinese restaurants and even some typical Middle Eastern restaurants as well. The Empire Restaurants is the biggest name in Bangalore when it comes to enjoying the Mughlai flavours; the restaurant chain has outlets at multiple locations across the city.  The effigy towards the Middle Eastern or the Arabian Cuisine has increased considerably, although it is just a slow start. 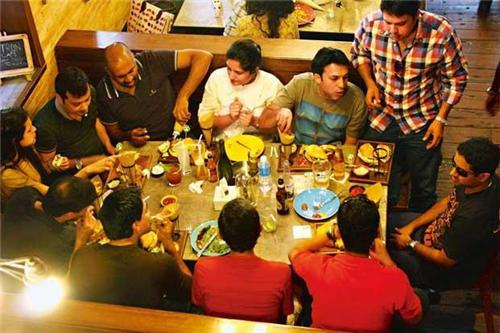 Bangalore also has some remarkable fine dining restaurants which covers the wide varieties of the cuisines from across the world. If you are planning to have some unique combination of Konkan and Mangalorean style seafood, then you should rush to the well renowned restaurants like Kudla, Sa-na-dige and Mangalore Pearl. The city is also known for the Italian and new continental food in Bangalore in places like Olive Beach, Sunny’s on Lavelle etc.