Bengaluru- the Silicon Valley of India is among the largest and most planned cities of India. The city is often considered to be a place where people only shop or go clubbing, but there are many other wonders that can be seen in the Garden City of India.

Bengaluru, being a planned city is also well connected through different modes of communication. Among all the different ways to commute in the city, its Metro is the best medium of travel. 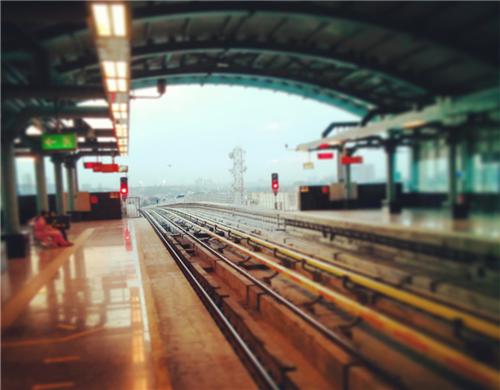 A renowned person had once said that the best way to know a city is through traveling in its public transports. Bangalore Metro has provided new meaning to this phrase and has proclaimed itself to be one of the best transport systems in India.

My first ride in the Bangalore Metro helped me get a completely new perspective of the city. Since a major part of the metro is above the ground, one can enjoy the view of the entire city while traveling in it.

All its tall buildings, big hoardings, shopping malls adorning several posh localities of the city are visible from its Metro as it glides through the city. There are certain facts I came across as soon as I set my foot inside the Bangalore Metro Station. Some of the facts about this amazing transport are listed below:

Some Helpful Facts About Bangalore Metro

My Experience with Namma Metro

Beginning with the Metro ticket counter, the staff was extremely polite and efficient. The queues moved really fast and each one was provided with a punch in card that enables you to enter the station.

Once I stepped inside the station, it seemed really well planned, clean and maintained. Even the co-passengers consisted mainly of professionals and students from the numerous colleges of Bangalore. 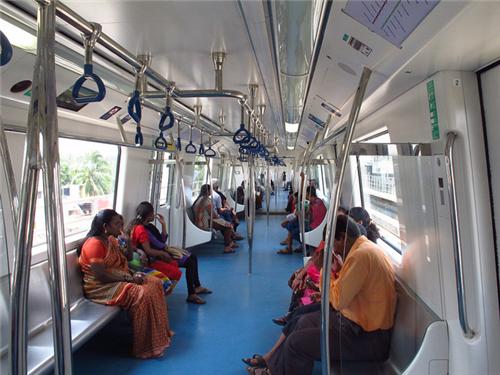 After the first one passed by the station following my arrival,

This again brought my attention to the efficiency of the metro rail staff of Bengaluru.

As I stepped inside the train, the cool air of the air-conditioner hit my face and I took the seat opposing the side on which the door opens for people to step out on to the station. This was because the entire city is visible from that side without any obstacles.

As the train began moving I started taking in the site of the numerous sky scrapers tearing through the clouds. These sky liners included massive shopping malls, residential complexes and of course many offices housing some of the most renowned IT companies.

I changed the lines from Green to Purple, then Yellow and Red from the necessary junctions and so on. As I was about to lose interest in the city, the metro started to venture into the old and central parts of the city, which had some of the most beautiful gardens, parks and palaces such as Cubbon Park, Bangalore Palace, Wadiyar Palace, Lalbagh Botanical Garden-the largest and most popular garden in the city. Though I saw these places from quite a distance, their grandiose was clearly visible.

Along with these I saw some of the other tourist attractions as well which included the Vidana Soudha –a popular landmark reflecting the Dravidian architecture and the Ulsoor lake which is the largest lake in Bangalore.

By the time I decided to end my journey, it was already dark and the city seemed to showcase a completely new look with its well-lit roads and buildings that created a panoramic site from the large glass windows of the metro.

I realized that Bengaluru is more than a city of career and academic opportunities, it is has the capability of being a full-fledged tourist attraction. Its well connected public transports, Victorian buildings, exclusive hangout places and forever pleasant weather makes it an ideal place for residents and tourists alike.

So rather than judging a city by what people project it to be, one should first learn about the city and then form a conclusion.