Bengaluru or former Bangalore is the capital of the south-central Indian state called Karnataka. This is also the largest city of Karnataka as well and is located in the southeast part of the state.

The history of the name ‘Bangalore’ originated from a Kannad term ‘Bengalooru’. The story of the naming of this city lies in an ancient anecdote.
Once the king of Hoysala Dynasty, King Veera Ballala, could not find his way out of the Jungle. He came across an old and poor woman in the tropical who had only boiled beans to offer to the king.

The king was very pleased to enjoy such hospitality and he called whole of the city as ‘Bende Kaal Ooru’. In local language, this mean, the city of boiled beans.

If we go through the earliest reference, found in the ninth century, historically, the name originated in Begur as an inscription on a hero-stone, much before the rule of king Ballala.
The stone also revealed that Bangalore was a part of the Ganga Kingdom and was called the city of guards or Bengavaloru former to 1024 C.E when the Chola Empire came into being.

History says, the founder of this state, Kempe Gowda (1510–1570), was a vassal of Vijaynagara Empire, who built a fort of mud in 1537 on this ground with the help of King Achutaraya.
Soon after, he called this land as the Land of Heroes or the ‘Gandu Bhoomi’ when he saw his dog that was being chased by a brave hare. This incident amused him so much that he labelled the place as a heroic place. 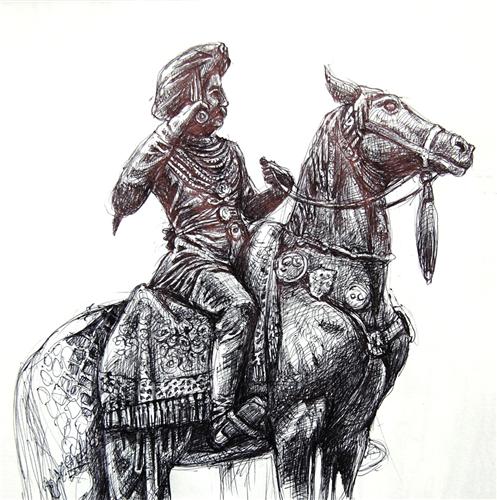 Gowda-II worked in the beautification of Bangalore by building temples and tanks. He also marked Bangalore’s boundary by making four watching towers, which are still seen near Mekhri Circle, Ulsoor Lake, Kempambudhi Tank and also in Lal Bagh.

In 1638, father of Shivaji (founder of Shivaji Dynasty) and the Maratha chief- Shahaji Bhosle, captured Bangalore. During his rule, his elder son was killed and Shivaji pledged to take revenge from his rivals.
In 1686, Vyankoji Bhosle (son of Shahaji) was defeated by the Mughals. After a few years of rule the kingdom was given on lease to Haider Ali, commander-in-chief of Kingdom of Mysore.

After his death, Tipu Sultan, his son, took charge of the economic growth of Bangalore. In the year 1799 and the fourth Anglo-Mysore War, the British killed Tipu Sultan.
Many temples were made during this phase and a plague epidemic grasped Bangalore in 1898. Until Independence, Bangalore was under British control. Electricity touched Asia for the first time in Bangalore in 1906.

Post Independence, large scale developments were witnessed in the city.
The Vidhana Soudha was built in 1954, which is the seat of the state legislature of Karnataka today.
Even after independence, Bangalore was a part of the Mysore State, and in 1973, it was renamed as Karnataka.
With time, Kumara Park, Sadashivnagar and Jayanagar came into being.

Huge developments were marked in the period of history from 1941-51 and 1971-81 in terms of Education, Public Sector Employment, Real Estate Market, Industry and Finance.
Around the year 2000, IT industry boomed in Bangalore. Bangalore became popular as the Silicon Capital, Garden City, Pub City and Fashion Capital of India. Many of the Bangalore-ian streets still have British influence in them. Eg. Brigade Road, Cavalry Road, Artillery Road etc.