Amidst the soaring skyscrapers, IT hubs and buzzing pubs, there are few hidden places that only a Bengaluru local would know of. These are the local drinking joints of Bengaluru, famously known as Addas. 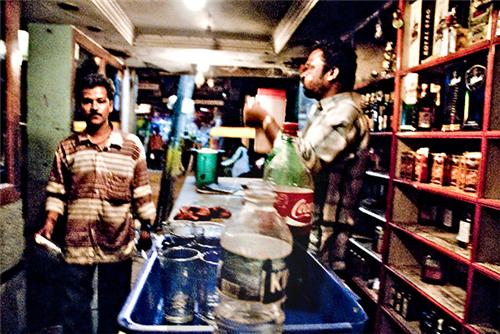 (Image courtesy: www.ayushranka.photoshelter.com)
A exagenarian who goes by his single name stands at the corner of one of these drinking joints. The peeling wall paints are hidden by Kannada movie posters and the disheveled atmosphere holds a smoggy affair of smoke and alcohol vapours.
Well, Samson, man in the corner leans forward, “Chess has always been a favourite to me, in fact, I’m just back from an intense game”.  Intoxicated scenarios, as such, might amuse any new person in Bengaluru, but for the locals it’s a common thing.

Not just pensioners like Samson, but even young working lads, whose offices are nearby, often drop by at these drinking joints; to discuss business, personal matters or just to get high. The drinks are cheap so are the snacks. 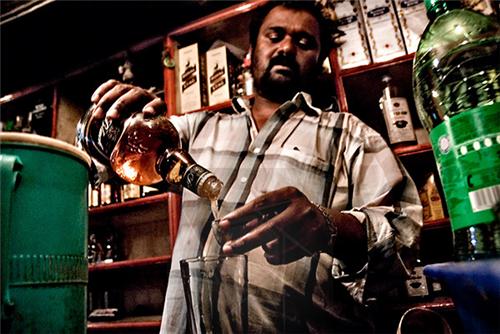 (Image courtesy: www.ayushranka.photoshelter.com)
Temptations on Church Street and San Rose Bar at MM Road are some of the famous joints, yet there are so many of them, even below flyovers. These Addas are dark, peppered with empty bottles and passed out drunkards. Even on the pavements outside, measure a kilometre in any direction and you’d stumble upon a boozer. 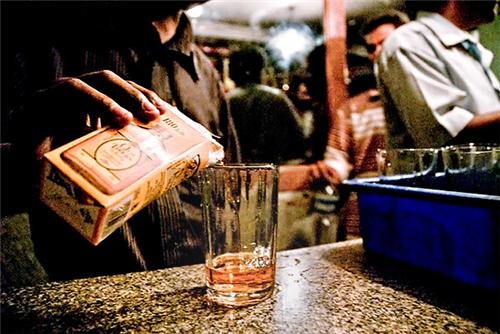