Bengaluru is home to many great architectural heritage of India. Some of the greatest monuments and forts of India reside in the heart of Bengaluru. They not only evoke history but also awe & admired for their sheer architectural beauty.

Given below is brief description of some of the most famous monuments and forts in Bengaluru city. 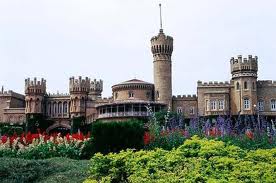 This is a very majestic and beautiful palace. Although this majestic palace has been in existence for more than a century, it was opened to the public only in 2005.

The sheer grand size and royal feel exhibited by the palace is a mere teaser of how immensely beautiful this palace is from inside.
Important facts and information: Spread over area of 800 acres of land. Total 35 rooms in palace. Construction started in 1862 and completed in 1944. This royal palace is a private property of Mysore royal family.

Attara Kacheri is a beautiful gothic style building that houses the Karnataka High Court. This two storey building painted in complete red color and built in Greco-Roman gothic style of architecture is sheer delight to watch.
The construction of this beautiful monument was completed in year 1868. An interesting fact about this building is that in the initial decades it was home to General and Revenue Secretariat of the Mysore Government, which was then under the rule of legendary King Tipu Sultan.

This is unarguably one of the most beautiful buildings (monuments) not only in Karnataka state but also in entire India. Vidhan Soudha is actually seat of the state legislature of Karnataka.

Strikingly & impressively beautiful, this is one of those rare monumental structures that must be visited & experienced at least once in entire lifetime.
One of the highlights of this landmark building is that it boosts Dravidian architectural style and is built purely out of granite & porphyry.

Tipu Sultan’s summer palace lies inside Tipu Sultan’s Fort, also popularly known as Bangalore Fort. The Palace gets its name from the fact that Legendary King Tipu Sultan used to spend his summer vacations in this palace.
The interior as well as exterior of this palace has characteristics of indo-Islamic architectural style. The interior of this palace is especially majestic & is also quite well maintained. Besides, palace is surrounded with lush green garden, providing a scenic ambiance for visitors.

Legend has it that Tipu used to love this palace so much that once he called it ‘Abode of Happiness’. 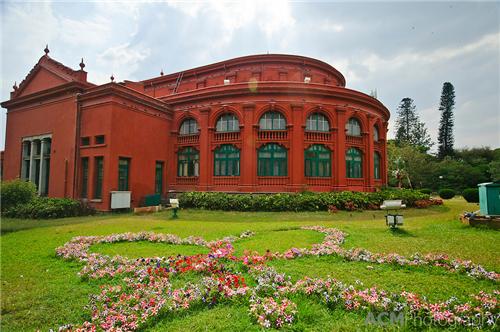 ‘Profoundly beautiful’ is an apt word to describe Seshadri Iyer Memorial Hall. Built in classical European style and overlooking beautiful rose garden is what makes this place worth visiting.
The construction of this legendary building was completed 1915 and was built in the memory of Sir K.Seshadri Iyer, who was Dewan of Mysore State from 1883 to 1901.