You can characterize Bangalore as a demographically diverse, multi religious, yet fastest growing metropolis and a technically advance economic hub.
The city houses Masjids that are famous all over the country in the Muslim community. The city has more than 400 Muslim shrines, let us take a look at some important ones. 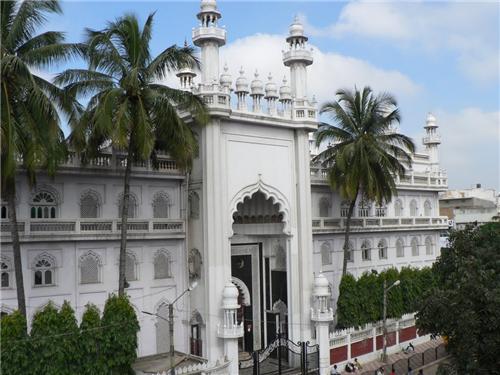 How to reach:
The Masjid is located on N.R. Road in the City Market. You can take any of the easily available local transport in the city to get there. The nearest transit point to the masjid is K.R. Market bus stand. Also, it is at a distance of about 30km from the Airport.

It is one of the oldest masjid in the entire city. When you will reach there the first thing you will notice there is a high five- storied building with huge domes representing the Mughal era. Built in the 18th century, this mosque was once known as Sangian Jamia Masjid.

This beautiful masjid was designed by Rayyaz Asifuddin. It was built by Haji Qazi Abdul Quddus Saheb and was patronized by Tipu Sultan.
A window is there on the top of the dome, where the head priest offers the prayers. It also houses the relics of Hazrat Abdul Qudar Jeelani and Prophet Muhammad.
The pulpit is having an arch located on it that has Persian inscriptions carved on it in gold. These inscriptions were written at that time by the poets, Ali Qahab (Qasam) and Sahib Qadri (Wafa). 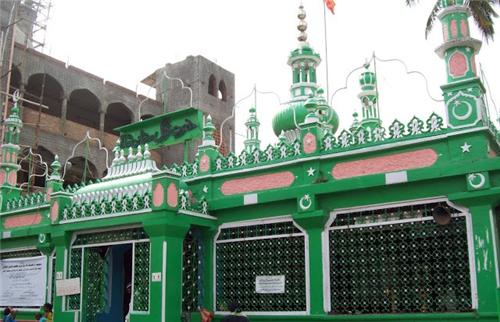 It is another quite popular Muslim shrine in Bangalore. It is a pure reflection of the feeling of secularism that prevails in the city, as from several years it has been an attraction among Hindu and Muslim devotees of both the major communities of India.

It is located in Cottenpet near the Majestic bus stand in Bangalore. It is at a distance of approximately 5km from Bangalore Cantonment Railway Station.
You can easily spot and hire local transport here. You can go rental cars that are ample in number, local buses or just take an auto rickshaw to reach up to your destination.

It is about 350 years old and is dedicated to Sufi Saint Hazrat Tawakkal Mastan.  In 1777, Haider Ali initiated work on the Dargah and Tipu Sultan completed it in 1783.
You can visit this holy shrine as early as 5a.m. in the morning till 11p.m. at night. The Dargah boasts of being probably the first Dargah to be associated with a Hindu festival.

The three main festivals which are celebrated in the Dargah are Uruus, the death anniversary of Hazrath Takwal Mastan, second is Karaga Festival and the third one is celebrated on Mohramm’s ninth date.
In all three festivals, people from Hindu, Muslims, Sikhs, or Christians community turn up in large numbers. Karega is a popular Hindu festival celebrated in the South.
Amazing Facts:

It is said that, daily around 4a.m. People mainly from Hindu community visit the Dargah, take Parikrama (to take rounds of the shrine from outside) and feed Idli and Sambhar to the poor people.

The shrine is particularly sacred to the Hindus as well.  Karaga is Bangalore's oldest and popularly celebrated festival, it is a tribute to Draupadi, who was the wife of the Pandavas related to the religious epic Mahabharata of Hindu religion.