India is famous for its rich heritage and culture and with the culture and the precious origins of our history secured in its wondrous museums is an appreciable task for the ones who have managed and also the ones who genuinely enjoy and appreciate those artifacts. We give you a virtual tour to some of the museums in Bangalore. 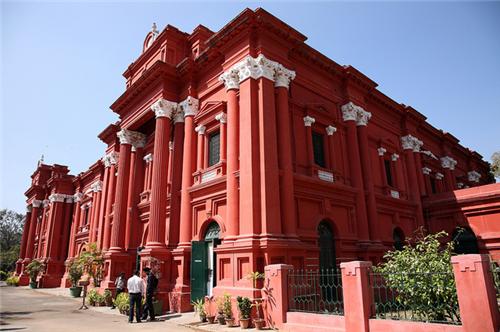 Government museum is of the majorly visited attraction for the tourists or even the localities. This museum is counted amongst most of the oldest in India. It is well located at the Kasturba Gandhi road and is near to the magnificent park named as Cubbon Park.

The construction of this museum took place in the year 1876 and it was majorly designed by Colonel Richard Heiram Sankey an engineer of Ireland of East India Company.
Earlier only a single wing was designed for the museum but in later years another wings were attached to the existing building block and were open for public in the year 1886. The architecture of building is quite magnificent and represents the English style of Architecture.

Located in the middle of the Bangalore city, this museum also serves as a trade centre to the people. This museum was designed and then dedicated to Sir M. Visvesvaraya, a great engineer, his works and principle of science. The building complex is designed in 40,000 sq ft of area.

Located in the premises of famous Cubbon Park, this museum was inaugurated by India’s Late Prime Minister, Pandit Jawaharlal Nehru dating back to November 11, 1962. This museums was constructed with the financial support of industrialists, Karnataka State Government as well as the Government of India.

This museum was established in the year 1989 by the Bangalore City Corporation. Famously known as Nehru Planetarium, it is also known by the name of Bruhat Bengaluru Mahanagra Palike (BBMP).

This museum enlightens people about the elements of Science in nature. Other than the main complex of planetarium, it also has Science Park on the same complex that is major attraction to the children.

The building complex has a dome shaped structure which is the ceiling to the main display hall. While the show is being held, the projections are displayed over this dome along with audio lecture sessions.
This is well known as Sky-Theater, where the night sky is simulated and video visuals help the spectators for easy understanding about the topics.

Based on the cultural history of Bangalore, Karnataka Folk Museum is the best place to visit to get the same experience. The collection displayed in museum witnesses the authority of major rulers of Indian history. The complex is designed in 15 acres of land on the Kumara Park West, Sheshadripuram.

The location of this museum is around 53 kms away from the main Bangalore city. This folk museum was set up to promote the magnificent diverse folk and art life of Karnataka. Karnataka Janapada Trust majorly manages this museum of folk art.
The first section namely Lokamahal, is a two storied building that displays quite unique collection of puppets, masks, weapons, utensils and folk instruments.

The second section called as Lokamatha Mandira is the building that majorily displays wide assortments of baskets, earthen jars/pots, handmade utensils, etc. These jars and are basically used for pickle and grain storage to protect them from getting stale.