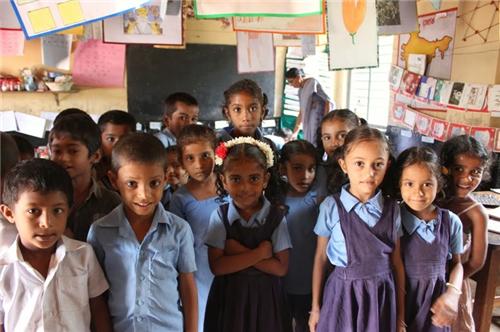 These welfare societies are established with a common aim to provide better opportunities for people who need special care and attention in our society.
Homeless children, old age people separated from their children, physically or mentally disabled people are those who need special care and attention to recover all their grieves and lead a happy life.
The welfare societies in Bangalore are striving for the right of women, blind people, old age people and other needy who have no one to look after.


Some of the major Social Welfare Centres in Bangalore

Parinati, a non-profit organization in Bangalore aims at improving educational level of rural India has been serving a large proportion of rural students. The team of socially conscious people at Parinati are working for the upliftment of education level in the society.
They provide both career guidance as well as financial assistance to students to bring a more educated society in front of us.


The NGOs in Bangalore belongs to all backgrounds, from being run by an individual to being managed by a big multinational organization; one can find organizations of all sorts in Bangalore.
Most recently the NGOs working for the animal welfare have risen up considerably. Not only Peta, but there are many home run animal shelters and movements which have taken up effective measures to look after the strays in the city.

Apart from the animal welfare there are NGOs which are running for the upliftment of the society; for e.g. for the elderly, for the underage workers and for the women.

Therefore, the NGOs in these areas have come up with solutions, mostly backed up by some organization. Even if they are small, the effective measures are checked closely.  These organization are seen as an important aspect for the betterment of the society.


Here are some of the major NGOs in Bangalore: