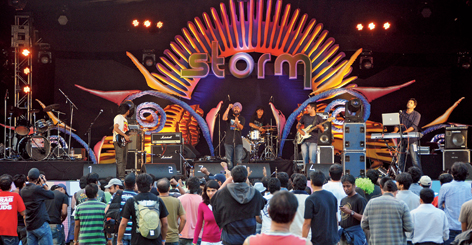 When music, nature and camping unites together with a thousand like minded souls, the Strom Festival originatees.
This unique festival concept has been developed by two brothers of the Liquid Space Entertainment, Sachin Bopanna and Lavin Uthappa who conceptualized this jam session as a multi-genre, multi-stage festival of oneness with music and nature.
They brainstormed for almost 10 years before finally starting this festival at Bangalore in 2012, which immediately became a HIT!

Storm Festival has actually changed the perception of varied music fests organized within the city by its distinctiveness. This is a camp out rock fest, the first of its kind in India. The festival is organized for three days in a selected enclosed camp site area known as the “Stormfields”.
The area is only 30kms from the Bangalore M.G. Road and can be accessed very easily. The festival covers a 200acre green terrain and camp sites are put within the greenery, to give one the perfect camp-out feel. The area is secured with high walls and security surveillance.

This festival had been a 3 day and 2 night session for the past three years. One must visit the Stormfields to experience the charged ambience amidst mother Nature. There are 5 stages built categorizing different genre of music.

People can do jamming sessions at night and a separate stage is provided at the camping area for leisure listening. 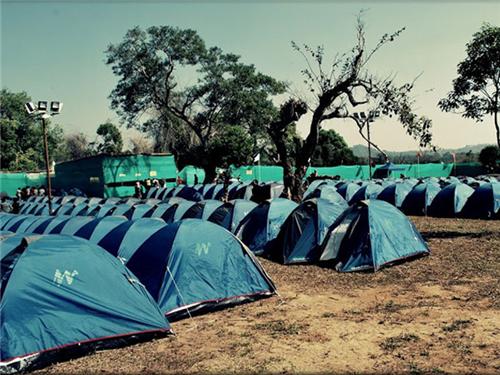 Though a rock fest, Storm Festival has taken up the idea of “A New Level of Responsible Enjoyment.”
Cigarettes, alcohol and drugs are banned within the Stormfields.
No fireworks, food in any form and water are allowed within the campus from outside.
Stormers are advised to carry light jackets as Bangalore becomes a bit chilly at night. During the day time and evening wear summer dresses or even display funky costumes while getting into the music groove.
Umbrella, sleeping bags, toilet paper, hand sanitizers are few of the essentials every Stormer must carry. One must avoid large backpacks as the tents have limited space. Moreover expensive cosmetics, shades and shoes can be avoided, due to the presence of mixed crowd.