Telecom Industry in India has a wider perspective and an extensive penetration in the core of the Indian population. It is divided into various zones and segments which have identical functions and features. However, the percentage of success rate is different in every zone and telecom in Bangalore is not an exception in this regard.

Presently, there are various big players such as Airtel, BSNL, Reliance Communication etc which are most prominent in the telecom sector of Bangalore and India as well. Let’s look towards a bigger picture of Telecom Sector in the IT City. 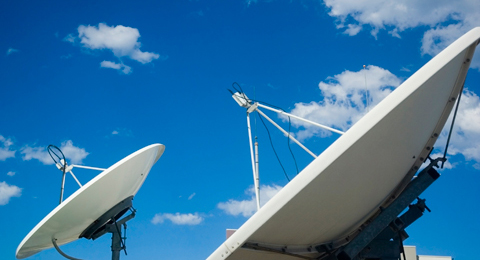 When talk about the role of the telecom sector in Bangalore, then super-fast information highway in the region is considered as the foremost accomplishment. The reason behind this immense success is the infrastructural development of telecom sector in such a way that allows transmission of high powered data without any technical disturbance. Moreover, the entire Telecom Sector is beaded with fiber optics cables as far as infrastructure is concerned. And the success rate of this segment is highly visible that give an enormous boost to its IT economy as well.

The exclusive characteristic of the telecom in Bangalore is that it makes the maximum utilization of telecom services owing to the existence of well known IT offshore facilities. All over India, the various zones of telecom are seamlessly interlinked with the telecom in Bangalore which enables the India's IT hub to work ceaselessly and effectively.

It is evident that the parabolic stature of the telecom sector in Bangalore is highly efficient and it delivers premium quality services to the privileged customers in an inquisitive manner throughout.

Owing to the presence of various telecom companies and their varied services in Bangalore, individuals with versatile communication needs in the region get high technological experience every time. An additional reason for this is the availability of better infrastructure and excellent facilities in the city. Moreover, the professional and intelligent population also adds its glory to it. Consequently, customers receive extraordinary service from the telecom sector in Bangalore.

Following are the companies that provide land-line services in Bangalore:

BSNL: Bharat Sanchar Nigam Limited is the largest and the oldest telecom operator owned by the government. BSNL has a high subscriber base in Bangalore owing to its monopoly till the late 90's. Presently, it has 2.5 million subscribers in the city.

Tata Indicom (formerly Hughes Telecom): Tata Indicom is relatively a new player in the telecom sector taking over Hughes Telecom in 2002. Owing to its exceptional service plans, it has garnered about 200,000 subscribers till date.

AirTel: (formerly Touch-Tel): AirTel is the most popular telecom provider in the Bangalore city.

However, in some cases Landline Carriers use CDMA facilities to deliver 'last mile' access via Wireless Local Loop (WLL).

Here is the list of companies that provide either GSM or CDMA mobile services in Bangalore:

Vodafone: Formerly known as Hutch, Vodafone is one of the top mobile networks in India and has a huge user base. Even without the 3G license, company provides 3G in Karnataka by utilizing Airtel's 3G network.

BSNL: BSNL provides GSM mobile services in Karnataka and across many states of India as well.  The company was the first telecom operator to launch 3G in Karnataka.

TATA DOCOMO: Tata Telecom initiated its GSM service ‘Tata Docomo’ in 2009 and has become the second 3G network in India and the 1st private operator to launch 3G in India. Company provides 3G services in main cities of Karnataka and for other cities; Aircel's 3G network is utilized.

Idea Cellular: Idea Cellular is the 3rd largest mobile operator in India. It took over Spice Telecom in 2009 and made its entry to Karnataka and has extended its coverage to remote areas of Karnataka.

Aircel: Chennai-based Aircel launched its GSM operations in Karnataka on March 2009. Aircel has 3G license for Karnataka and provides 3G services in most of the cities. Tata Docomo has also started their 3G network in different cities as well.

Reliance GSM: Reliance started its GSM service in 2009 in Bangalore. However, it does not own 3G license for the Karnataka circle.

Uninor: Uninor is a joint-venture of India's Unitech wireless and Norwegian telecom Telenor. Launched in Bangalore in 2009, it has become the 8th GSM operator to enter Bangalore.

Virgin GSM: Virgin is the latest entrant in Bangalore's GSM telecom sector. It utilizes the network of TATA DOCOMO.

Reliance CDMA: Started in 2003, Reliance is one of the largest CDMA mobile operators in India at present. Its network is extended to small towns and has a huge user base.

MTS: Owned by Sistema-Shyam group, MTS launched its CDMA services in Karnataka in 2009. With this launch, MTS has become the 8th mobile service provider and third CDMA operator to enter Karnataka.

Virgin Mobile India: Started in 2005, Virgin is one of the largest CDMA mobile operators in India at present. Its network is extended to small towns and has a huge user base.

Loop Mobile: Loop Mobile, previously known as BPL Mobile, has launched its services in Karnataka already. The entire launch work will get completed within a few months.

Videocon: Videocon Group will soon be commencing its GSM services in Bangalore and Karnataka.

BSNL CDMA: BSNL is going to start their CDMA services in Karnataka. BSNL CDMA number will be called as WLL (Wireless local loop) numbers. These numbers will be same as BSNL landline numbers.

Reliance and Tata Indicom also offers Fixed Wireless Telephone Services in Bangalore. In this, phone is connected to the base station on the network by using wireless technology instead of copper wires.

Cuts down the need to dig up roads for laying out copper wires reduces the installation costs and public inconvenience and speeds up the installation time. Moreover, it is possible to connect to the Internet via Fixed Wireless Phones. It can be done either through dial-up connection or through captive broadband services to another ISP (Internet Service Provider).