Bangalore was one such city in the newly independent India which was a real moviegoer’s delight.  Bangalore’s cinema theaters used to show films in many languages in early ‘50s – English, Hindi, Tamil, Telugu and Kannada. Bangalore became the most cosmopolitan town in the country. This varied taste in films reflected the tolerant and eclectic mindset of the natives.

Why people in Bangalore love to watch movies in theaters?

Earlier the main pass-time for Bangaloreans was watching movies as the city had no riverside, seaside or any other kind of entertaining spots. These theaters entertained people of all classes and were considered as the common man’s main stress-buster.
The poor people could buy tickets for front rows and the middle class could afford the rear classes and balcony. People in that era generally made their budget in such a manner that they could watch at least one movie in a month and therefore they went to theater with a lot of excitement.

The theaters which were in the cantonment area (now called MG Road and Brigade Road) showed English films most of the times except for Empire and New Opera.

Gandhinagar locality is one of the oldest localities of Bangalore, and it became popular due to a large number of cinema houses located on the main road as well as the surrounding roads.
However, this locality was and is still called “Majestic”, named after an old cinema theater that was located there. Kempe Gowda Road in this area had the maximum number of theaters per square mile in the whole country.
Sometimes these crazy film fans even performed pujas to their stars by offering fruits and milk. The most popular theaters in this locality were States, Majestic, Himalaya, Sangam, Prabhat, Sagar, Kempegowda and Geeta.
Alankar, a real modern theater was built in the latter half of the ‘50s in this area. Other theatres which also came up at almost same time were Kalpana and Menaka.

But slowly with the emergence of television, people reduced their visits to theaters and eventually most of these small theaters were replaced by malls and multiplexes. Many leading theaters which entertained a large number of people for decades are no longer functioning.
Pallavi theater built in 1976 and located in the heart of Bangalore has entered the pages of Bangalore’s history. It was a single screen theater with 1200+ seats of various classes and was the first theater in Kempe Gowda road to opt for non- Kannada films only. 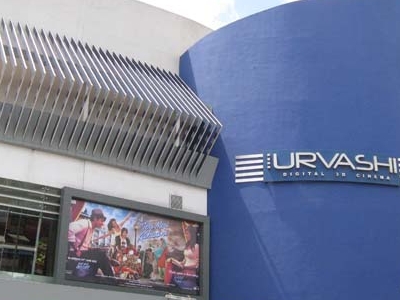 Before Multiplex started, Urvashi theater was one of the finest theaters in Bangalore. It was one of the first cinemas to get Dolby System and played ‘Enigma’ music during the pre-movie and interval times.

With the passage of time, Bangalore has seen a major growth in good theaters which allow people to watch movies comfortably.  Lakshmi theater built on Tavarekere Road has been operating under Lakshmi Cinemas and entertaining people for the last 35 years.
Srinivasa was the first theater built under this company in 1975 which had the capacity of 1500 seats. It became more and more popular with the passing years. Then in 1990, another theater was launched by the company called Balaji with the same seating capacity.
Later in the year 1995, Lakshmi theater was built with seating capacity for 1100 viewers. In 2006, all these three theaters were renovated with State-of-the-art technology of Digital protection with the aim to get into the level of multiplexes.
All the facilities in these theaters have been updated with world class equipment so that viewers can have warm and comfortable experience in the cosy environment.

Vaibhav and Cauvery theaters in Bangalore

Vaibhav theatre is located in Sanjaya Nagar, Bangalore. It is a single screen hall that has upgraded its sound system and has cushioned seats.
Another very good theater is Cauvery theater in Sadashiva Nagar. It is located at a very convenient place and gives you relaxed movie watching experience with standard features. 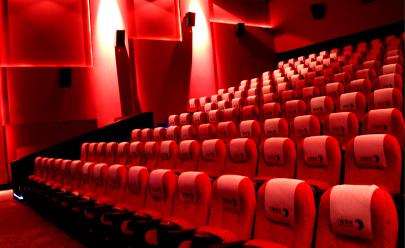 Poornima and Everest theaters in Bangalore

Poornima theater is one of the oldest and most famous multiplexes in the city which reflects the lifestyle and party hopping nature of the natives.  It is known for its large screen and easy location and mostly shows Kannada, Telugu and Tamil movies.  It uses Digital 2k and 3D technology and has the best sound system with executive deluxe chairs and seating capacity of 400.

There are some other single screen theaters in Bangalore which are well maintained with all the essential amenities of recreation and comfort. They are Natraj theatre located in Seshadripuram, Thirumlal theater in Koramangala and Rex Theater on Brigade Road.