Planning a weekend getaway from Bengaluru can be a burdensome task to many, thanks to the strategic location that the city has a plethora of choices around. First things first, if you are looking for a budget weekend getaway from Bengaluru, it is always better to avoid the public holidays. As everything will be less affordable including the tickets, it is most beneficial to plan your trip on random weekends.
It would not hurt as you will get an added advantage of avoiding crowds on random weekends. After all, who prefer to end up in a crowded place after a hard week at work!

It cannot get any better than Anthargange if you are looking for real adventure! An ideal spot for adventure buffs and thrill-seekers, Anthargange is shrouded among the notable Shathashrunga Range in Karnataka.
Approximately 67 km away from the city center of Bengaluru. The bouldered range of Anthargange is a paragon to experience the kick of night trekking and cave exploration. 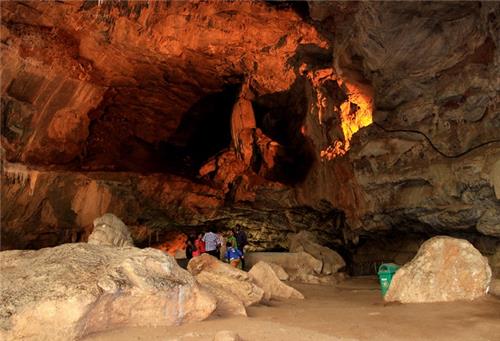 It is nothing short of an astonishment to find uncommon nocturnal views along the way, enjoy in the setting of the nighttime that too from the breathtaking peak. Visitors can get to catch the dreamlike view of the first light over the skyline. Not just these, Anthargange is also renowned for many historic temples and awe-inspiring natural springs.
Apart from the numerous must-visit sites in Anthargange, the pleasant climatic conditions of this place are a huge attraction for the travelers from all over the state.

Mysore - The Royal City of Karnataka

Mysore also known as Mysuru needs no introduction. One of the most visited tourist destinations in South India; Mysore is dotted with a range of tourist attractions that receives visitors from all over the world, throughout the year. The strategic location of the city makes it an important base for several other tourist spots in the locality. 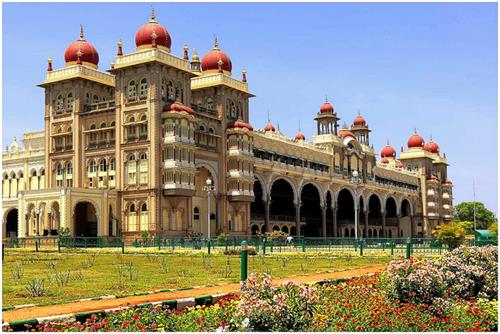 Located 144 km away from the city center of Bengaluru, Shravanabelagola is celebrated as an important religious destination in South India.
The spiritual town is recognized for Jain pilgrim, often visited by devotees and holidaymakers when on a tour to Karnataka. Among the most visited religious attractions of the historic town, the Digambar Jain Basadis nothing short of a must-visit site. 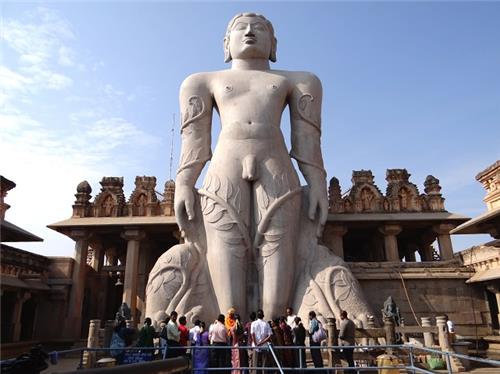 These holy structures are extremely sacred according to the Jain's faith. Also, one can find biggest numbers of Digambar Jain Basadis in the world here at the Shravanabelagola.
Some of the most popular places of interest in Shravanabelagola include 58 ft high monolithic stone statue of the Bahubali (Lord Gommateshwara), Chandragiri, Indragiri, Bhattaraka Math, Vindhyagiri, Jinanathapura, Odegal Basti, several historic inscriptions and so on.

Bheemeshwari - An Abode of Tranquility

A beautiful and nature-friendly riverside getaway that is just 104 km away from the Silicon Valley of India, Bengaluru. The nature site is all about the wildlife with a large range of animals which include deer, elephants, monkeys, wild boars, crocodiles, jackals, leopards and otters as it is a perfect spot for wildlife watching.
Another must-visit option for rubber-necking at Bheemeshwari is the Sangam, which is the meeting point of the Arakavathi River and River Cauvery. 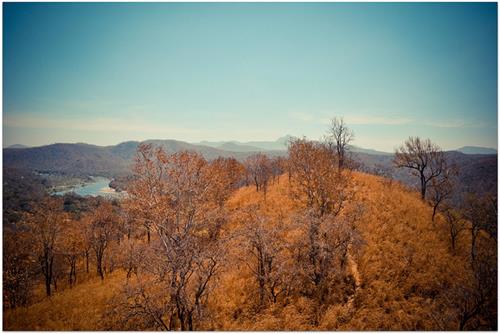 Image Credit: Flickr Creative Commons Anshu
Some of the other popular things to do options in Bheemeshwari include nature walks and bird watching as there are over two hundred species of birds identified around the region.
Some of the notable species include small pied kingfisher, grey-headed fishing eagle, black-bellied river tern, honey buzzard, pied crested cuckoo and so on.

Yelagiri - Get Closer to Mother Nature

Yelagiri is a picturesque hill station that is located just 168 km away from the IT city of Bengaluru. One of the most visited hill stations in the neighboring state of Tamil Nadu.
Yelagiri receives a good share of visitors from Bengaluru, especially visitors who are looking for a perfect weekend getaway destination. 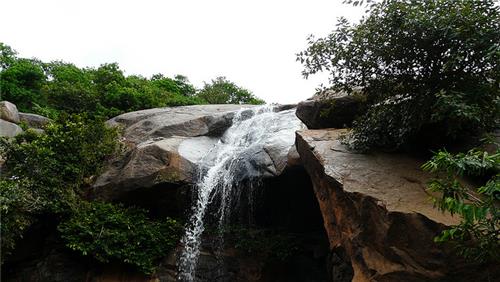 Image Credit: Flickr Creative Commons Ashwin Kumar
Yelagiri sits majestically at a whopping altitude of 1,110.6 metres above sea level, amongst rose-gardens, plantations, green valleys and mountains. Yelagiri is known for its salubrious climatic conditions and receives visitors throughout the year.
Some of the most popular places of interest in Yelagiri include Telescope observatory, Punganoor Artificial Lake-cum-Park, Swami Malai Hills, Jalagamparai Waterfalls and so on.

Sakleshpur - Bask in the Wilderness

A gift from the territorial dominion of Hassan in Karnataka, Sakleshpur is a spellbinding hill station that is often regarded as 'poor man's Ooty'. Located in the Malenadu on the splendid hills of the biodiversity hotspot, the Western Ghats, Sakleshpur is fenced by majestic hills full of plantations like coffee, pepper, cardamom and so on. 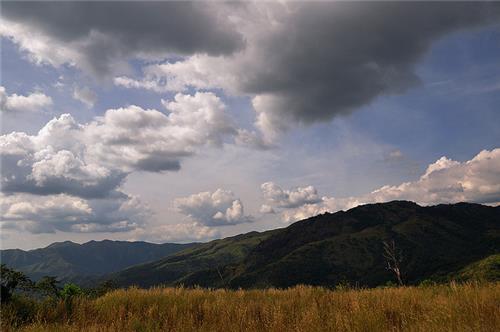 Image Credit: Flickr Creative Commons Snapper San
The beautiful hill station is also a trekking hotspot as the region offers several long and short trekking options to the adventure seekers. Some of the most popular places of interest in Sakleshpur include Bisle Ghat, Manjarabad Fort, Ayyappa Swami Temple, Jenukal Gudda, Raxidi Estate, River Hemavati, Kukke Subrahmanya Temple, and Agni Gudda and so on.

Kodagu - Nature at its Best

Popularly called as the 'Scotland of India' and often called as 'Coorg', Kodagu is all about awe-inspiring landscapes, adorable waterfalls and a stupefying variety of flora and fauna. If you are one, head straight to Kodagu for a weekend getaway and catch the nature at its best. 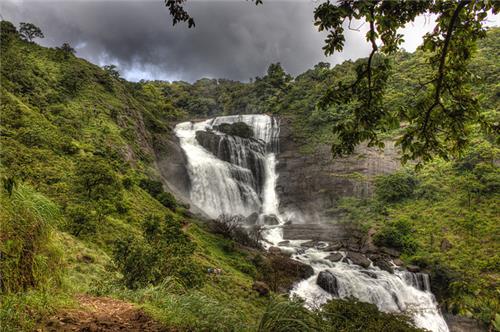 Halebidu - An Illustrator of Hoysala Architecture

Yet another big name (in terms of tourism) from the Hassan district in Karnataka, Halebidu is just 214 km away from the city center of Bengaluru. Popularly celebrated as a temple town, Halebidu is renowned for its Hoysaleswara Temple, a 10th century religious site that is nominated as UNESCO World Heritage Site by the Government of India. 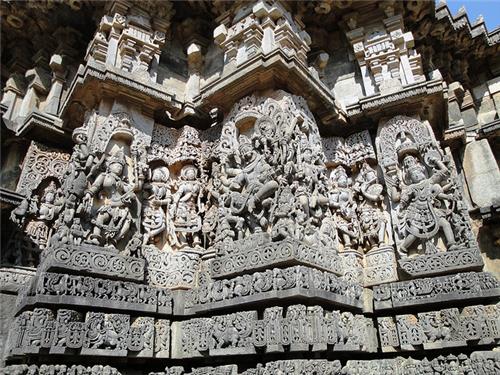 Image Credit: Flickr Creative Commons Rakhee
The historic temple is illustrious for its terrific architecture that the walls are beautified with a stunning range of Hindu mythology portrayals, from animals to birds, dancing designs to idols and many more.
Some of the most visited places of interest in Halebidu include Hoysaleswara Temple, Kedareshwara Temple, Basadi Halli, and Museum and so on.

Yercaud - The Jewel of the South

A far-famed hill station and a pride of the Salem district in Tamil Nadu, Yercaud is located at a height of 4,970 feet above sea level. A part of the Eastern Ghats, Yercaud is easily one of the most preferred honeymoon destinations in the state.
Just 230 km away from the city center of Bengaluru, Yercaud is as charming and astonishing as the hill stations on the Eastern Ghats mountain ranges and trekking here is one of the most enjoyable things to do options. 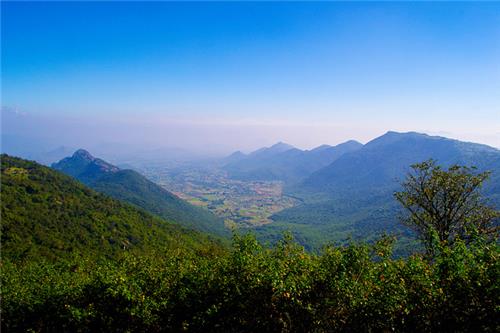 Image Credit: Flickr Creative Commons Thangaraj Kumaravel
Altogether, Yercaud is all about luxuriant green fields, majestic hills, breathtaking sceneries and what not, an ideal spot for a memorable weekend! Some of the most popular places of interest in Yercaud include Yercaud Lake and Rose Garden, Lady's Seat, Karadiyur Viewpoint, Killiyur Falls, Sri Lalitha Thripura Sundari Amman Temple, The Grange, The Servaroyan Temple, Green House, Bear’s Cave, Pagoda Point and so on.

Located on the southern shores of the southern state of Karnataka is a rainforest that is mesmerizing in its tranquility and out-and-out plushy greeneries. An abode to several endangered mammals, reptiles, amphibians, birds, insects and marine species, Agumbe is also known as a home of a large number of herbaceous plants that are singular to this part of the state. 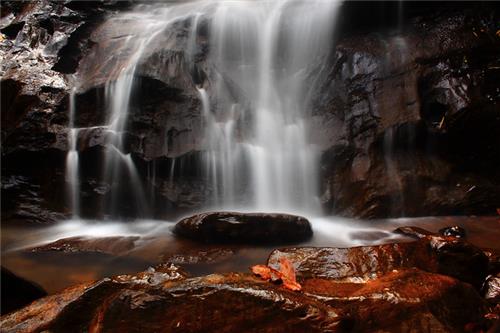