Bangalore city has over the years emerged as a hub of trekking and rock climbing because of the presence of several hills in and around Bangalore, especially in Kanakapura, Kolar, Ramanagar, Chickballapur and Doddaballapur.

Even the amazing Jog waterfall is not an exception of this reduced flow of water. This is also true in the case of Barachukki and Gaganachikki in Shivanasamudra and also at Hogenkal and Mekedatu. Therefore, the season to visit the waterfalls in Bangalore is appropriate during the rainy season or during the final period of monsoons.

Bangalore situated in the south part of the Karnataka state and closer to many waterfalls, located in Uttar, Dakshina Kannada, Coorg and Chickmagalur.


Major Waterfalls near Bangalore At A Glance 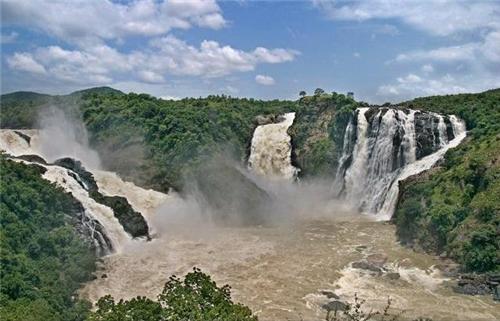 Shivasamudram is an island village dividing the Kaveri River into two waterfalls, the Barachukki and the Gaganachukki. The Bharachukki waterfalls, with a nice graceful cascade along the side, just a kilometer away from the Dargah.
One section resembles a 'U' section, like the Niagara Falls. The Barachukki, falling out from 250 feet height, which looks very spectacular.

The Gaganachukki has a western facade and another to eastern facade. Many energetic youngsters trek down the hillside daringly towards the cascade to get the pleasure of the water shower.

The Gokak waterfalls situated on the Ghataprabha river in Belgaum. The Gokak waterfall is six kilometers away from Gokak, a nearby town. The river Ghataprabha takes a leap of 52 meters over the sandstone cliff after a long winding course among a picturesque gorge of the rugged valley.
Except the breadth and color of the water, the general features of the falls, its size, form, and rapidity resembles Niagara Falls on a small scale. One of the intriguing characteristics of this destination is the Chalukya era monuments that are present on either bank of the rocky gorge.

Magod Falls is a one of the most attractive waterfalls of Bangalore, where the Bedti river falls from a height of 200m in two steps forming an amazing waterfall.
There are several trekking and climbing trails in the surrounding green forests. One could visit an attractive town called Kalache, 30 km from Yellapur, which is set amidst hills. Jenkalgudda is an attractive spot nearby which is popular as the Sunset Point. 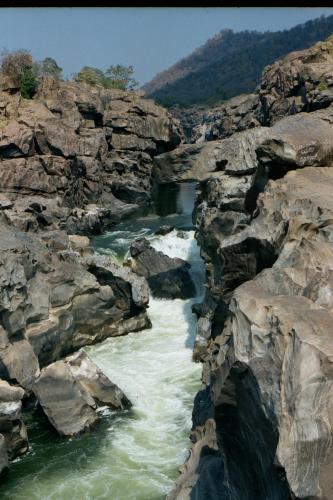 Mekedatu is a lovely location in Bangalore rural area. Sangama is the spot where Arkavati merges with the river.
From this point, about 3.5 kilometers downstream, the Kaveri river flows through a deep gorge so narrow that one would believe that a goat can leap and cross it (in Kannada "goat's leap" is the meaning of 'Mekedatu').
There are many mythological significance to this location.

As per one group of people, the goat or meke that is believed to have lept across the Kaveri river was Lord Shiva in disguise.
On both rocky precipices, one can find some gigantic holes, whose forms resemble goat's hooves, though several times larger. Only heavenly or Godly goats can mark their 'footprints' in such hard rocks.